STOMA presented by Agni Koothu (Theatre of Fire) & The Substation 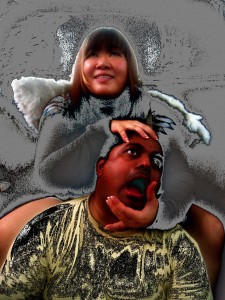 Grateful if you would publicise STOMA by Agni Kootthu (Theatre of Fire) in Thinnai listing of events.

A Catholic priest who was defrocked and removed from the ministry over sex abuse allegations is visited by an internet sex-chat contact.  Meanwhile, an angel’s visitation ignites an examination of his conscience and his past sins surface as reminiscences to purify his soul. He confesses his sins to seek redemption when the sex-chat contact walks in.

He was one of the literary editors of: SINGA – the journal of literature and the arts in Singapore, from 1990 to 1993 and 1997 to 1998, The Fiction of Singapore, Words  For The 25th and Voices 4 (1995). He has represented Singapore in the 2nd Asian Poetry Festival, Dhaka, Bangladesh, 1989, 3rd & 4th Southeast Asian Writers’ Conferences in Singapore, 1987 and Philippines, 1990, 3rd World Poetry Reading, Malaysia, 1990, and 1st ASEAN Writers’ Conference / Workshop, Malaysia, 1992, and was a member of the first multilingual literary delegation’s trip to China in Apr 1999 organised by The Centre For The Arts & The Association of Singapore Writers (Chinese). He represented Singapore in the Singapore Writers Festivals in 1988, 1993 and 2005, and the Ubud International Writers Festival, Bali, Indonesia in Oct 2005.

He has also conducted poetry and playwriting workshops and mentored for the Creative Arts Programme (CAP) series from 1991-93/98/99/2004, organised by the Gifted Education Unit of the Ministry of Education and The Centre for The Arts, National University of Singapore. His bilingual poem Hairline was displayed in the MRT: Poems on the Move series by the National Arts Council in Jan 1999.

He wrote the story, screenplay and dialogues for the 13-week teledrama SOOR (High) based on true drug-abuse case-studies in Singapore and it was telecasted on Vasantham Central of the Television Corporation of Singapore (TCS) in 2003.  DOGS was staged by the Hearts & Eyes Theatre at the Standard Bank National Arts Festival, Grahamstown, South Africa, Jul 1996. DOGS was given a staged reading in the Typhoon III Festival at the Soho Theatre, London in Jun 2004, a rehearsed reading at the Birmingham Repertory Theatre in Oct 2004 and staged in the doublebill ‘Typhoon Live’ at the Oval House Theatre (Off  West End), London from 9 to 13 Oct 2007 by the Yellow Earth Theatre – UK’s flagship award-winning East Asian theatre company based in London. P (SHIT) was staged by Teater Ekamatra, a leading Malay theatre group in Singapore, Mar 2006.

His works explore the untouched realities in Singapore. He believes that art should conscientise, confront and question accepted societal stereotypes of vision, perception, feeling and judgement to examine reality as a historical and social process.

Elangovan was listed on tamilnation.org as one of the renowned individuals in their list of 100 Tamils of the 20th Century – Tamils who had made significant contributions to the world. He was listed as No.8 on the language and literature category among other prominent Tamil intellectuals.