Grateful if would publicize this unprecedented first publication, a compilation  of three important BANNED plays by bilingual poet-playwright-director Elangovan, also Artistic Director of Agni Kootthu (Theatre of Fire), in Singapore. 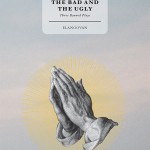 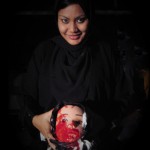 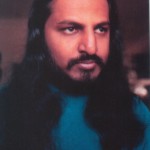 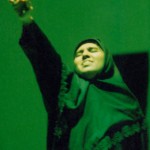 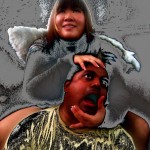 THE GOOD, THE BAD AND THE UGLY: THREE BANNED PLAYS
by Elangovan

“… Elangovan’s plays straddle and expand that knife’s edge between Ionescan absurdism and social realism into a unique and hellish realm of verbal brimstone and nightmarish imagery. To encounter Elangovan is to realise that one is already trapped in a cocoon of self-deception regarding the orderliness of our social universe: there is no justice and everything is unfair; a will-to-power is the law and morality is but a figment of an idealistic imagination informed by a stubborn conscience. Yet it is also from such an aforesaid imagination that these plays have been able to be born.”
– Preface – Cyril Wong

“… My plays are intimate, edgy, and unapologetic. Unlike many other artistes in this country, I find it very difficult to seek comfort in becoming a roll of artistic toilet-paper for the powers that be.”
– Introduction – Elangovan
___________________

TALAQ
(First self-published in 1999)
Talaq came under the media spotlight in 2000, when the Public Entertainment Licensing Unit (PELU) in Singapore denied it a performance license for its English and Malay performances on grounds that they would offend religious sensibilities. The play had originally been staged in Tamil, once in 1988 and twice in 1999. Concerns were raised over the portrayal of the Islamic faith and Indian Muslim community group South Indian Jamiathul Ulama (SIJU) protested the staging of Talaq. Subsequently, Elangovan and the Talaq lead actress, Nargis Banu, reported death threats being made against them, and the Agni Kootthu president S. Thenmoli was arrested and warned for criminal trespass before having a private rehearsal to document the play within the officially-booked-and-paid-for Drama Centre.

SMEGMA
(First published by Elangovan in 2006)
Smegma was originally to have been staged by Agni Kootthu (Theatre of Fire) on Saturday 5 August and Sunday 6 August 2006 at the Guinness Theatre, The Substation, with support from the Arts Fund . The performance was given an Arts Entertainment Licence with RA18 (Restricted Artistic 18 years and above only) rating and advisory: “The play contains strong language and adult themes that may be objectionable to some members of the public” by the Media Content Division (Publications and Arts) of the Media Development Authority (MDA) on Tuesday 1 August 2006. The licence was cancelled without reason on Friday 4 August 2006, the eve of the production by (the same) MDA. As a result, Smegma could not be staged.

STOMA
(Originally written to be performed in 2013)
Stoma, co-presented by Agni Kootthu (Theatre of Fire) and The Substation, was to have been staged from 17 to 19 January 2013 at The Substation but on 8 January 2013, the Media Development Authority (MDA) banned its performance. Initially, Agni Kootthu had been invited by MDA for a meeting regarding the application for Arts Entertainment Licence for Stoma on Wednesday 9 January 2013 at 3p.m., but on Tuesday 8 January, Agni Kootthu was informed at 9.23a.m. to go for the meeting at 8p.m. on the same day. Surprisingly there was neither a meeting nor discussion regarding Stoma at MDA. Two very polite MDA female officers (not the original
signatory) handed over the MDA letter of ban for Stoma, dated 8 January 2013, to Agni Kootthu, giving no opportunity to discuss or appeal.